I have the absolute honor and pleasure of sharing with you an interview with author Gary K. Wolf. He wrote the novel Who Censored Roger Rabbit? (which later became the popular film Who Framed Roger Rabbit?), he's also the author of The Last Great Show and Typical Day, among other works of fiction. 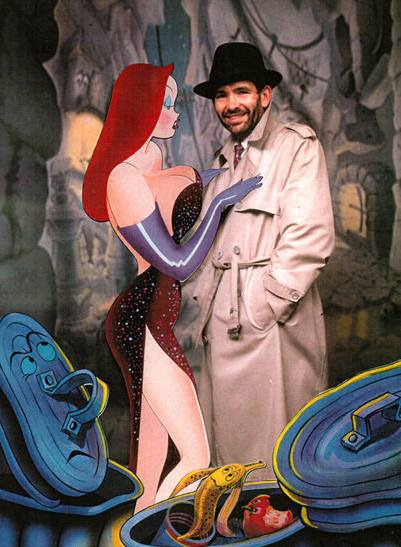 Today we're going to talk about his latest release Who Wacked Roger Rabbit? 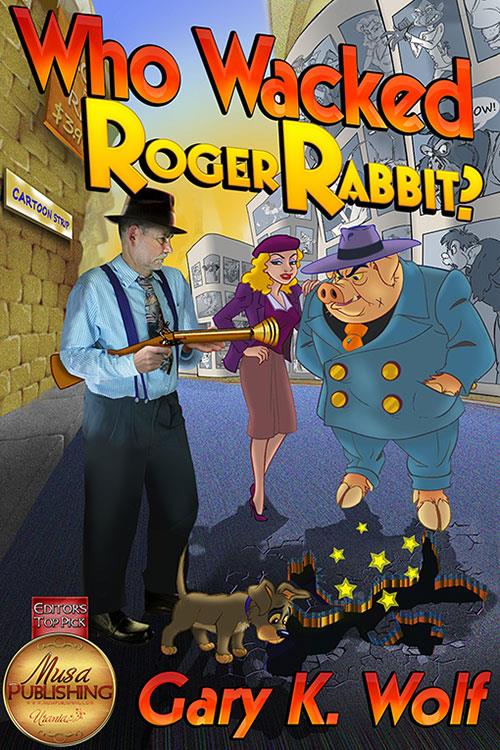 It has been a long time since you first wrote ‘Who Censored Roger Rabbit?’. After all these years how was it for you to dive back into that particular world and those characters?

I started writing Who Roger Rabbit? in 1991. My agent at the time suggested that I wait until the second movie came out before shopping it to publishers. He said I would get more money if I did it that way. Well, we all know how that second movie turned out. I’m still waiting for it. I went on to many other projects. I honestly forgot about . My current publisher, MUSA, and I were talking about things I could put on my website to attract visitors. I looked through my files and rediscovered the manuscript. I suggested running it free in installments. MUSA had a much better idea. They said let’s publish it. I did have to do quite a bit of work to bring it into line with my two previous Roger books. That took almost a year. That was a fun process. Like collaborating with my younger self. Now it’s done. I’m quite proud of it. will stand up well with my best Roger writing.

Do you have a routine?

I get up at 4 a.m. every morning. I meditate for an hour then work until 11. Then I go for a run (8-10 miles) and do a power or Vinyasa yoga class (90 minutes). That usually brings me to 2 p.m. I’ll read while I have lunch, the New York Times, the Globe, and sometimes The National Enquirer (gotta keep up with what’s going on in the alien world.) I’ll then meditate for a second hour and either go to a second yoga class, read a book, or watch a DVD. I have dinner, and go to bed by 8. I know, I know. Terrifically boring, but that’s my life.

Do you write outlines or do you fly by the seat of your pants?

Everything I do is thoroughly outlined start to finish. I will occasionally change things up if the plot isn’t working, but I have to know how everything is going to turn out before I can write the plot progression that takes me there.

Is there anything in particular that helps inspire you?

I’m inspired by the good writings of other writers, clever movies, well-drawn comic books, fine art (I live just down the street from Boston’s Museum of Fine Art and go there often), interesting people. I hate to be trite and say I’m inspired by life, but that’s about it. At one time or another I’ve been inspired by just about everything with which I’ve come into contact from my mother’s chocolate chip cookies to the dog dookie on the sidewalk that caused me to slip and fall on my keister. I enjoyed the cookies far more than the dookie, but the dookie made for a much better scene.

Do you ever suffer from writer’s block? If so, what are some things that you do that help you move past it?

I have long believed that you don’t attain your maximum level of creativity until you’ve also attained your maximum level of physical conditioning and mental awareness. For physical conditioning, I run for 70 minutes every day. I’ve done this since 1971. In that time frame I’ve run 38 marathons, qualified for and run the Boston Marathon 16 times. My best marathon time is 2:47.   For physical and mental training, I practice yoga for 90-180 minutes every day. To relax and focus my mind, I’ve been meditating twice a day since 1976. As a result of all that physical and mental exercise, I rarely if ever get writer’s block. When I need an idea, I go for a run, meditate, do yoga, and inevitably the perfect idea comes to me. I don’t know if that would work for everybody. All I can tell you is that the process works well for me.

I don’t have a favorite. I read science fiction, mysteries, bodice rippers, travel books, biographies, pretty much whatever you got.

In order to write about Toontown, I have to transport myself there. I rent a talking house, hire a talking car, wear goofy clothes. I treasure my time in Toontown. Everything there is so wonderfully whimsical. If I didn’t have to mow the lawn and feed my cats, I’d stay there forever. I’d never come back to reality.

What do you love most about Roger Rabbit? Why do you think he’s such a loveable character?

I wanted Roger to have the morality of a Disney character like Mickey Mouse who will do exactly what he tells you he’s going to do, and the mischievousness of a Warner Bros. character like Bugs Bunny who will tell you he’s going to do something, and then stuffs a stick of dynamite down your pants. Readers and audiences seem to respond well to the blending of naughty and nice. Plus, Roger’s one cute rabbit. Can’t discount that.

People are discovering your books and the movie every day, does the longevity of Roger Rabbit and what he represents surprise you at all?

What about Eddie Valiant, has he changed at all since the last book?

Eddie is Eddie. I’m fond of Eddie Valiant. He’s the kind of guy I always wanted to be. Cocksure, quick witted, nail tough, and able to handle himself in a bar fight. I don’t see much change in him book to book, although others might. He was 10 minute hard boiled in my first book, maybe 8 minute hard boiled in my second, and here, in my third, he goes to 11.

Will there be more Roger Rabbit novels in the future or is this book going to close the chapter for the series and these particular characters?

When I rediscovered my long ago novel Who Roger Rabbit?, I also found another Roger novel that I started and almost finished. If does well, if my fans still adore the rabbit and want to see more of him, then yes, I’ve got another great rabbit story waiting.

Here are some questions from fans:

How did you get the idea to mix cartoon characters with real people? I remember Uncle Remus walking with the blue birds, but none else. (question submitted by Emma Lane through blog post on Musa Publishing)

I had written three well-received and well-reviewed science fiction novels. I really wanted to write something different. Then one day, while watching Saturday morning cartoons, an idea that had nothing to do with the cartoons hit me. There were these cartoon characters, Tony the Tiger, Snap, Crackle and Pop, and so on. And they weren’t talking to other cartoon characters. They were talking and interacting with real, live people. It was crazy--especially when I realized none of the people they talked to thought it was strange. They acted like it was normal! I spent the next eight years researching what made cartoons and comics unique. I experimented a lot and eventually finished what would become Who Censored Roger Rabbit?--a story in which cartoon and comic strip characters live side by side with people.

Did you get to visit the set on ‘Who Framed Roger Rabbit?’ And how long did it take you to write your newest Roger Rabbit read? (question submitted by Sharon Ledwith through blog post on Musa Publishing)

I did get to visit the set as often and for as long as I wanted to. Truth be told, I find movie making incredibly boring. Much of the movie was filmed in . So instead of going to the set, I toured English landmarks. I went to and . I ran the marathon. Anything to keep from having to watch another day of cameras, lights, and actors being repositioned ad infinitum.

All told, Who Roger Rabbit? took me somewhere between two and three years to write. I can’t give you an exact number because I had a 20 year hiatus stuck in there.

Can you give us a status update on "The Stooge"? (question submitted by Alex through blog post on Musa Publishing).

The Stooge is slowly wending its way through the Disney evaluation process. More than that, I don’t know.

Your thoughts on Roger and Jessica's relationship? I think they're a match made in heaven. (submitted by DeathStar1977 through blog post on Musa Publishing)

I like their relationship a lot. He loves her. She loves him. He’s a one-woman rabbit. She’s a one-rabbit woman. Who may or may not be baking carrot cakes for half the hunks in . I enjoy playing with the ‘is she or isn’t she running around on Roger’ angle.

What do you think about Roger and Jessica having children? (submitted by DeathStar1977 through blog post on Musa Publishing)

Jessica would never have a child. She’s top and bottom heavy enough already without any additional baby weight.

Was there anything you wanted to put in "Who Framed Roger Rabbit" that didn't make it in? Such as different character personality traits, scenes, or genies?  Billy Kurtz (question submitted through blog post on Musa Publishing.

I wish we could have used just one word balloon. That would have been neat.

What did you think of the three Roger Rabbit theatrical shorts? Would you like Disney to make more of them? (submitted by Vinny Foti through the Musa Publishing blog)

I loved the shorts! Roller Coaster Rabbit is one of the funniest cartoons ever made. That one holds its own with anything done by Disney, Warner Bros., even Tex Avery. I’d love to see more. Unfortunately, they cost somewhere between $10-20 million to produce. That’s a whole lot of simoleons for an eight minute short.

I want to take a moment and thank Mr. Wolf for being so gracious by answering all of these questions. As promised here's a link to the giveaway! Good luck and go check out Who Wacked Roger Rabbit?

And here is a Rafflecopter giveaway to celebrate the release of Gary's book! Good luck!